Karl Mar’s legacy lives on in the Philippine revolution

Luis G. Jalandoni is Senior Adviser to the Negotiating Panel National Democratic Front of the Philippines. 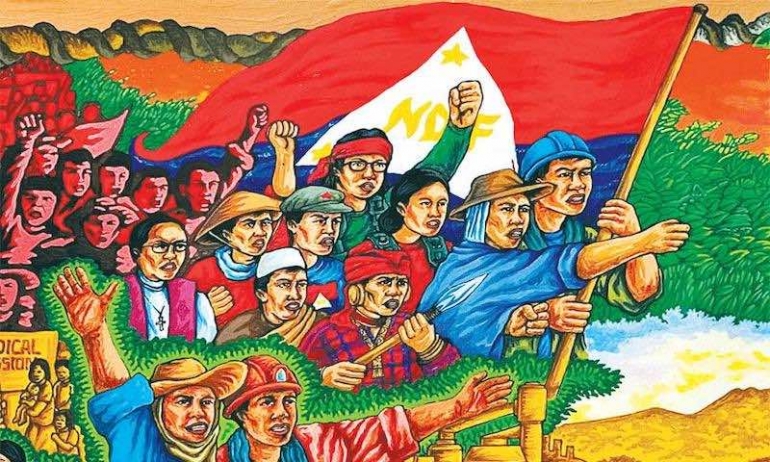 Allow me first to greet our co-organizers of this Bicentennial Karl Marx Event, the Fronte Popolare, the International League of Peoples' Struggles (ILPS) and Peoples' Resource for International Solidarity and Mass Mobilization (PRISM).

Karl Marx's legacy and inspiration lives on in the revolutionary struggles of the proletariat and peoples of the world. He declared: “The philosophers have only interpreted the world in various ways. The point, however, is to change it.” Indeed, Karl Marx has changed the world. He gifted the world proletariat with the weapon to fight capitalism. In his systematic study of capitalism, he exposed that the surplus value that the proletariat created in social production is stolen by the capitalists for their own profit.

The Philippine Revolutionary Movement Is Guided by Marxism-Leninism-Maoism

Dear comrades, the revoutionary movement in the Philippines is guided by Marxism, Leninism and Maoism. The Communist Party of the Philippines (CPP) was reestablished on December 26, 1968, almost 50 years ago. It founded the New People's Army three months later on March 29, 1969 and the National Democratic Front on April 24, 1973.

US imperialism and the Marcos dictatorship tried to nip the revolutionary movement in the bud. But they failed. The Red Fighters started with 60 fighters, armed with 9 automatic rifles and 26 single shot rifles and pistols. It had about 80 Party members and relied on a mass base of tens of thousands from earlier struggles.

United Front Policy of the Communist Party of the Philippines

With 75 % of the population composed of the peasantry, the CPP declared the struggle for land reform as the main content of the national democratic revolution. It based itself on the leadership of the working class, the basic alliance of the workers and peasants, the participation of the urban petty and middle bourgeoisie to advance the revolutionary struggle. It took advantage of the splits among the reactionaries, the landlords and compradors, to isolate and concentrate blows on the enemy, the most reactionary clique and most subservient to US imperialism.

In the broad countryside, the CPP launched the rural united front. It relied mainly on the poor peasants, won over the middle peasants, neutralized the rich peasants, and took advantage of splits among the landlords, to destroy landlord power.

Making effective use of Marxism, Leninism, and Maoism, it integrated with the masses and conducted social investigation. It organized the workers, peasants and middle sectors. The revolutionary movement grew even in the face of massive counter-insurgency programs of the reactionary government, military and police, directed by US imperialism.

In 1980, the Revolutionary Movement Expands to 26 guerrilla fronts in 40 Provinces

In October 1980, when the NDFP filed its case with the Permanent Peoples' Tribunal to condemn the Marcos dictatorship and US imperialism, the NDFP represented the revolutionary movement. It announced that the NPA had expanded to 26 guerrilla fronts in 40 provinces, in 300 towns.

However in 1985 until 1990, significant errors creeped into the movement. Some leaders mistakenly built vertical structures of the people's army, wishing to win victory speedily. This resulted in setbacks for the NPA in certain regions. The renegade leaders blamed enemy deep penetration agents and caused a widespread anti-infiltration hysteria. This major error caused great damage.

This required a rectification movement, an educational campaign to identify, repudiate and correct the errors. This was conducted in 1992-1998. The vast majority of Party members and revolutionaries and mass organizations enthusiastically supported the rectification campaign.

After the successful rectification, the movement grew further, stressing the line of intensive and extensive guerrilla warfare on the basis of an ever deepening and expanding mass base.

Revolutionary Movement in Peace Negotiations for Benefit of the People

The movement was also able to successfully make use of peace negotiations with the reactionary government to propagate widely its revolutionary programs, win the release of some political prisoners, broaden its united front and win international friends for the cause of a just peace.

Recently, in 2016, another rectification movement has been launched during the successful holding of the CPP 2nd National Congress. It counters the error of conservatism with a well-proportioned balance of tactical offensives and mass work.. Hence, the revolutionary movement launches its program to intensify the NPA tactical offensives. It aims to move towards the strategic stalemate phase of people's war from the current middle phase of the strategic defensive.

Organs of Political Power in 73 Provinces and 110 guerrilla fronts

Currently, the revolutionary movement has expanded to more than 110 guerrilla fronts in substantial parts of 73 out of a total 81 provinces. The CPP has tens of thousands of members, and the NPA fighters are assisted by many more thousands of people's militia and the self-defense units of people's organizations.

Organs of political power, based on mass organizations of workers, peasants, indigenous people, women, youth, and other sectors, function as the People's Democratic Government in the countrysides. In the urban areas, a vibrant above ground mass movement helps build the broad united front to oust the fascist US-Duterte regime.

Comrade Sison: We Are On The Eve of Great Social Upheavals and Revolutionary Victories

As we celebrate the bicentennial of Karl Marx's birth, we see the growing strength of the Philippine revolutionary movement and other revolutionary and anti-imperialist movements in the world.

We see the deepening crisis of imperialist countries and their contradictions.

Under these conditions, Comrade Jose Maria Sison, the Founding Chairman of the CPP declared: “We are therefore moving in the direction of the global resurgence of the revolutionary forces of the people and the advance of the movements for national liberation, democracy and socialism against imperialism, revisionism, and reaction. We are once more on the eve of great social upheavals and great revolutionary victories on an unprecedented scale in the people's struggle for greater freedom, democracy and socialism”.

We honor Karl Marx for changing the world, together with other great revolutionary leaders, and of course the masses who died as martyrs and those who persevere in the struggle to change the world, to achieve national and social liberation and socialism!

Long live the memory and legacy of Karl Marx!

Long live the proletariat and peoples of the world! 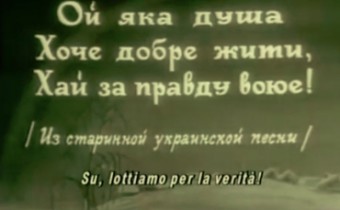