The Centenary of the end of the first great imperialist war

John Catalinotto (Workers World Party USA) talks on the role of the Russian Revolution in the insurrection of the sailors and the workers in Germany at the end of the first world war. 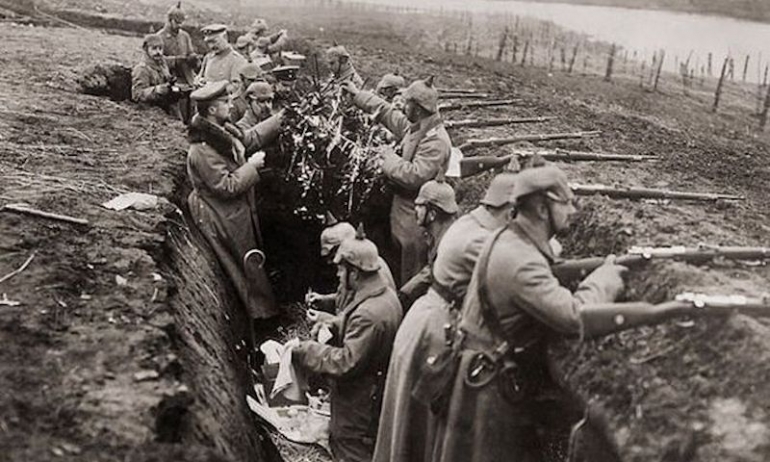 Greetings comrades of the Fronte Popolare and the other revolutionary organizations meeting in Milan today. We are commemorating the 200th anniversary of the birth of Karl Marx and the 101st anniversary of the glorious Russian Revolution. I would like to do this by discussing another anniversary.

What I’m talking about is the 100th anniversary of the end of the first great imperialist world war. Today in 1918. And to review the story of the rebellion of the German sailors of the North Sea Fleet – workers in uniform – inspired by the Russian Revolution of the prior year that ended the war. This war brought death to 20 million people. The major European states on both sides of the 1914-18 war — Britain, France, Russia, on one side, Germany and Austria-Hungary on the other — were all oppressor nations. So was the United States.

In Russia from the beginning the Bolsheviks fought against the war. In Germany the more powerful Social Democrats did not. So the German workers offered little resistance to the ruling class’s enthusiasm for conquest as the war began. Many Germans in the summer of 1914 were caught up in a chauvinistic war fever. So were the people in France and Britain. Millions of young German men volunteered not only to join the military but also to go to the front.

All the illusions of the German, French or British soldier were buried in the grim trenches on the Western Front. It was no glorious contest of skill and courage. It was instead the damp, cold, hunger and boredom of trench warfare. The occasional thud of artillery. The fear of a sudden or, worse, a lingering death. Consider the battle of the Somme in France from July to November 1916. 420,000 British, 200,000 French and 500,000 German troops killed, wounded or missing.

Meanwhile, life at home grew steadily more miserable for most Germans. There was a general strike in January 1918. It was broken. The German state sent thousands of unionized workers to the front to punish them. The workers respond by organizing inside the army. One might expect that the rebellion would hit first among the vast infantry forces that had suffered so much and with little recognition or glory. On the contrary, it was the cream of the Kaiser’s forces, the sailors, who were to lead the struggle.

Unlike the infantry, which recruited heavily from among the millions of German farmers, the navy needed able sailors with experience using modern machinery. For this reason it recruited from the working class in the industrial cities. The big warships were a cross between factories and prisons. Privileged officers, ate separately with much better food. Officers’ orders allow no questioning; they only demand obedience.

The sailors believed the admirals capable of sending the fleet on a suicide mission-- to Flanders. And the sailors have no wish to commit suicide. Instead, the sailors refuse to hoist the anchors. Or they put out the fires that makes the steam that drives the ships. In the end, no ships sail. When the ships all return to German ports, some to Kiel on the Baltic Sea in Schleswig-Holstein, others to Wilhelmshaven on the North Sea in Lower Saxony, the naval authorities in Wilhelmshaven arrest 600 of the sailors who took part in the work stoppage. They call the rebellion a mutiny. The sailors of the Third Squadron in Kiel demand the release of their imprisoned comrades. This is refused. Then the sailors call for a protest on Nov. 2, at the union hall. Some 3,000 march through the barracks, calling on more sailors to join them. Officers fire on the demonstrators. They kill eight and wound 29, including some from worker families.

Some sailors fire back. Taking their cue from the Russian Revolution, the troops elect a soldiers’ council. The council arms all the sailors on the morning of Nov. 4, with 20,000 rifles with sixty cartridges each. That same morning, the ships of the fleet fly red flags. The sailors know the only way they can escape severe punishment is to spread the rebellion. Wherever the sailors land, organized workers go on strike and join them.

The generals send the army out to crush this movement of sailors and workers. Before shooting, however, the army troops hold discussions with the sailors — and then join the movement. “It was revealed how rotten the old system had become. Often all it took was the landing of a small unit of armed sailors to bring large and important cities into the hands of the revolution within a few hours.”

By Nov. 6, the harbor cities of Cuxhaven, Rendsburg, Brunsbüttel and Warnemünde-Rostock, among others, were in the control of workers’ and soldiers’ councils. And then Hamburg. What began as a sailors’ revolt turns into a political revolution. The main target of the North Sea Fleet uprising was Berlin, the capital of the empire. Since 1916 the German General Staff has prepared a chain of command. They set out the key points of the city to be held by the army., from the railroad station and post office to the Kaiser’s palace. On paper, it is a perfect plan. It has a big problem: It needs obedient troops to carry it out. There were none to be found.

On Nov. 6, Prussian Gen. Alexander von Linsingen, in charge of this repressive machinery without gears, still has the arrogance to forbid a demonstration set for Nov. 7. The workers want to celebrate the first anniversary of the Russian Revolution. And they do.

By Saturday, Nov. 9, 1918, workers spontaneously began a general strike, shutting every factory in Berlin. There was no resistance from the old government. The Kaiser abdicated. Two days later the war was over.

Italy in the current socio-economic situation 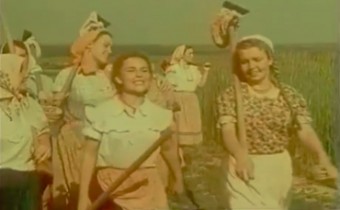